You are here: Home / The Beattie Story

Keeping it in the Family

Doug Beattie started his range of Beattie electric fence insulators and accessories in 1958 while managing ‘The Haldons’ station in Seddon. The first to make a plastic insulator for Waratah and then Wooden Posts, Doug lead the way in permanent electric fencing and set a benchmark that many in the industry still inspire to reach. There are many common known phrases that began from the mind of Doug Beattie. One of the more well known which is used by many today is ‘Pinlock‘ insulator which came about from looking at how a double clevace tractor drawbar is designed. The insulators that have certainly set Beattie streaks ahead are the ‘Permanents‘. These feature LDPE plastic (like the majority of Beattie insulators) with a high strength Nylon Insert. Centre pivot irrigators or trees down on fences are no match for these hulks.

Beattie Insulators is a family run business which was based on the home farm at Haldon Downs in Kaikoura. Doug’s daughter Linda managed the business for many years along with her brother Ivan. In July 2017 brothers Ivan and Roger Beattie moved the business from Kaikoura down to Waltham, Christchurch. This move aims to streamline the business by bringing manufacturing (already located in Christchurch) along with packing and distribution together in the same premise.

Ivan is now Production Manager and Roger heads Marketing and Strategy. Ivan under ‘Beattie Plastics’ acquired new state of the art equipment to manufacture the Beattie products and is working alongside a very experienced manufacturer. Ivan and Roger aim to grow the business and develop new products, along with continuing the strong relationships they have with their customers already.

Roger Beattie owns two farms on the Banks Peninsula and this makes it the ideal ground for testing new products. “Actively running a farm helps Beattie Insulators ensure we have products that work in practice and last, proof of which time has shown”.

Innovation for over 50 Years 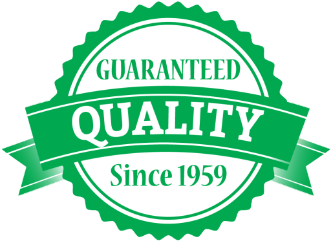